Are you in need of a winning Statement of Purpose? Talk to us now and let's get you started

Singapore is both an island and a country, but perhaps its best narration is that of city-state usually it is called Lion City, the Garden City, and the Red Dot. It has been Southeast Asia’s most modernize city for over a century. Singapore became an independent state in 1965, after having its supremacy from The United Kingdom. The country encompasses the island of Singapore and multiple tiny islands.

Though physically small, Singapore has a strong economy. Singapore is a universal business and transport hub. The current population of Singapore is 5,687,178 as of 2016 and has a density of 7793 people per square kilometre. The largest fountain in the world is in Suntec city of Singapore. Singapore has a tropical rain forest climate Like most of Southeast Asia, it is also full of hot and humid atmosphere. Singapore is a small nation and it has no natural resources, so it has to import every goods for regular needs. It also imports the freshwater from Malaysia.

There are four official languages of Singapore are Mandarin, Malay, Tamil and English while the national language is ‘ Malay’. English is the most common language and coalesces the different tribal groups. Singapore is one of the famous destination of Abroad Study and education hub that offers aspirants an international angel to explore their personality.

Why study in Singapore

International students enjoy studying in Singapore because they have access to the wonderful ethnic districts such as Little India, Chinatown, and Malay Village which exudes flavours of the culture, diversity, and history of Singapore. English is an official language in Singapore but Mandarin is also widely spoken, which is an attraction for many students.
Singapore enjoys a strategic location that serves as a hub for exploring Southeast Asia. With a thriving art and cultural scene, Singapore features top artists from all over the world. Singapore has more than 90,000 professional expatriates living and working in Singapore, they too bring their unique cultures and perspectives, adding colour and vibrancy to cosmopolitan Singapore.

Singapore’s high standards of living are also something that students can be assured of. In a survey reported in The Economist in March 2002, Singapore’s quality of life surpassed that of London or New York. Thirty-nine factors were considered, including political stability, personal freedom, air pollution and the quality of healthcare, schools, restaurants and theatres.

Singapore may seem small in comparison to the rest of the world but this island state bustles with activities all year long. Dining out and shopping are the top two-rated activities for local Singaporeans. This is reflected in the astounding range of delicacies as well as the proliferation of shops in the city and suburban centre.

Universities and colleges in Singapore

Universities and Colleges in Singapore

Student Visa Singapore, Students Visa Requirements for Study in Singapore: Application Form, Process Procedure for Study in Singapore Visa- A students has to apply for a student pass/ visa if he/ she has been accepted by an educational institution to pursue full-time studies in Singapore, unless he/she is a:.Dependants Pass holder studying in a Government/ Government-Aided/ Independent school/ Foreign System School/ Kindergarten registered with MOE or Childcare centre licensed by MCYS; OR Immigration Exemption Order holder; OR Visitor who has been granted a short term Visit Pass at the Singapore Checkpoint and wish to attend a short course that can be completed within the validity of the initial Visit Pass granted to him/her at the Singapore Checkpoint or 30 days, whichever is shorter.

Once the student receives a Letter of Acceptance from the school (with a validity of 2 weeks) the Students Pass should be applied for at the Immigration & Checkpoints Authority (ICA).For applicants who require a visa to enter Singapore, the application for the Student Pass should be submitted to the ICA at least 2 months before the commencement date of the course.

Note: For a citizen of China who wishes to pursue a language, commercial, vocational or fine arts course at private schools in Singapore (with the exception of students taking a degree or postgraduate degree course and students studying at SQC for PEOs schools), applicant is required to submit Students Pass application through the Singapore Embassy in Beijing.

With the launch of CaseTrust for Education all private education organisations will need to have the Case Trust-endorsed Student Protection Scheme to offer school placement for international students.

Basic Documents Required:
From the Applicant,

1. 2 copies for Form 16, Form V36 and Form V39S duly completed and signed by applicant and local sponsor at the relevant sections. (The first set of forms must be original.)
2. 2 recent passport-sized photographs (BW/ Colour) to be pasted on the top-right hand corner of Form 16
3. Applicants Official Birth Certificate (in English and photocopy)
4. Applicants highest education certificates and result transcripts (in English and photocopy)
5. Copies of personal particular pages of applicants travel document/ passport (photocopy)
Upon submitting the application candidates are also required to submit a copy of their passport. Original passports would only be required for authentication. The embassy has the reserve right for asking any other authentication. Incomplete applications would not be accepted. Visa processing depends upon the nationality of the candidate. All regulations consular fees or services are subject to change without any prior notice.

The Best Places to Study Abroad 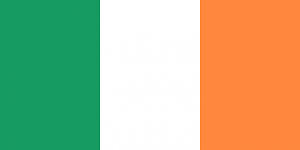 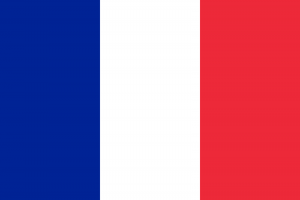 You shouldn't start the week by missing out on important information from us.

Get our free guides to scholarships